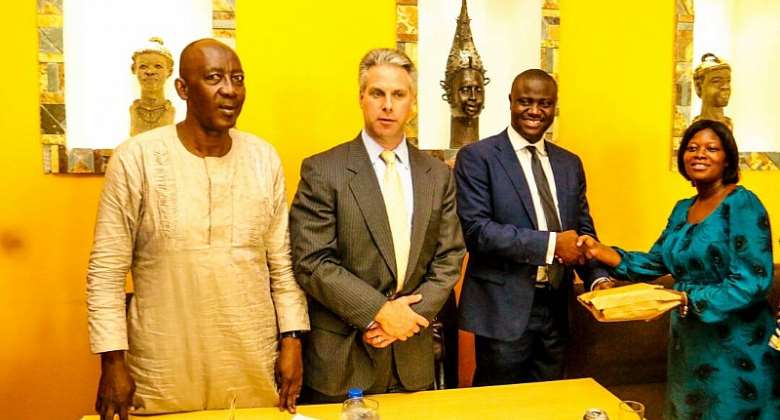 Established in 2004, Lila’s Childcare Foundation is a school in Anya where today over 100 children receive free schooling and meals. The school however is in dire need of facilities such as toilets and proper classrooms.

Inspired by the work done by the founder and proprietress of the school, Lila MacQueen Djaba, Investigroup LLC, a management consulting firm with offices in America, China and Ghana met with Ms. Djaba and donated 25,000 cedis towards the maintenance of the school.

According to Ms. Djaba although the school has many needs, she will use this money to build toilets as that is a priority. The donation exercise was facilitated by Centre For Empowered Voices, an NGO that empowers young people by building up strong leadership skills.

After their donation to Lila’s Childcare Foundation, Dr. Owusu and his team from Investigroup visited the office of the First Lady where they donated 5000 cedis towards her maternity block project for KATH. They further pledged to donate other necessities such as gloves and gowns which the maternity block will need.

According to Dr. Owusu it’s the responsibility of those who can give to give and as such he has promised his company will donate more as and when they can.